WordPress 5.0 “Bebo” and Gutenberg have arrived! 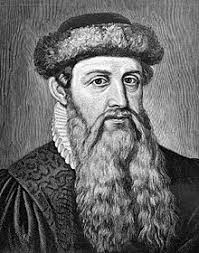 WordPress 5.0 is now in full effect and it’s come equipped with a wide array of improvements to the popular CMS. As of this writing, we are now on WordPress 5.0.3. As with any major WordPress update, the usual unseen changes occur: bug fixes, security patches, more optimized and compressed code, etc. However, if you have updated your WordPress site recently to version 5.0, you may notice that the biggest change this time around is the user interface when creating / editing posts and pages. This interface is called “Gutenberg”, a building-block style user interface cleverly named after Johannes Gutenberg, the German inventor who introduced Europe to the printing press (because, WordPress, get it?).

Gutenberg was originally a free plugin that was optional to install into a WordPress site, giving users the ability to modify their pages with an array of customizable building blocks to better expand what they could put on a page without having to write in code or be limited to just HTML. These modules range from block columns for added organization and design to a page to Facebook embeds and tables.  And if you’re a coder, you can still add in your own code via the code block.

Gutenberg replaces the classic editor we’ve used for years and offers greater freedom and customizability to pages and posts with less hassle. It was also implemented to keep WordPress modern and relevant in the field of technology as Gutenberg is built with React, a popular JavaScript framework in recent years popularized by Facebook. It is part of Automattic’s (yes two TTs and WordPress’s parent company) three-part strategy to further expand the capabilities of WordPress in the next few years. 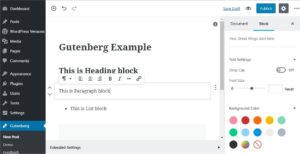 For those who do not like the new editor interface, WordPress has released a plugin that will restore the editor back to the way it was prior to Gutenberg. Though it should be noted, this plugin will no longer be supported in 2022 as Gutenberg will be the official mainstay interface.

If you are already using block editors via plugins, don’t sweat! Your plugins still have relevance. While Gutenberg functions like popular premium block editors, it still does not have the amount of range and capabilities of more popular interfaces such as Beaver Builder or Divi. So if you have them (or something similar), you likely will find that they are still worthwhile to keep using.

Gutenberg is just phase one of three for Automattic’s vision for WordPress. In the next phase, users will be getting customizable page templates and in the last phase, a fully customizable site out of the box.

If you don’t have WordPress 5.0 and Gutenberg, you should definitely update now! Provided you have done an analysis, run a backup, and tested the update on a staging site, of course.

So back up your site, run your updates, launch Gutenberg and “press on!”